Follow Cardinal Seán’s Example: Be a Missionary, Wherever You Are! 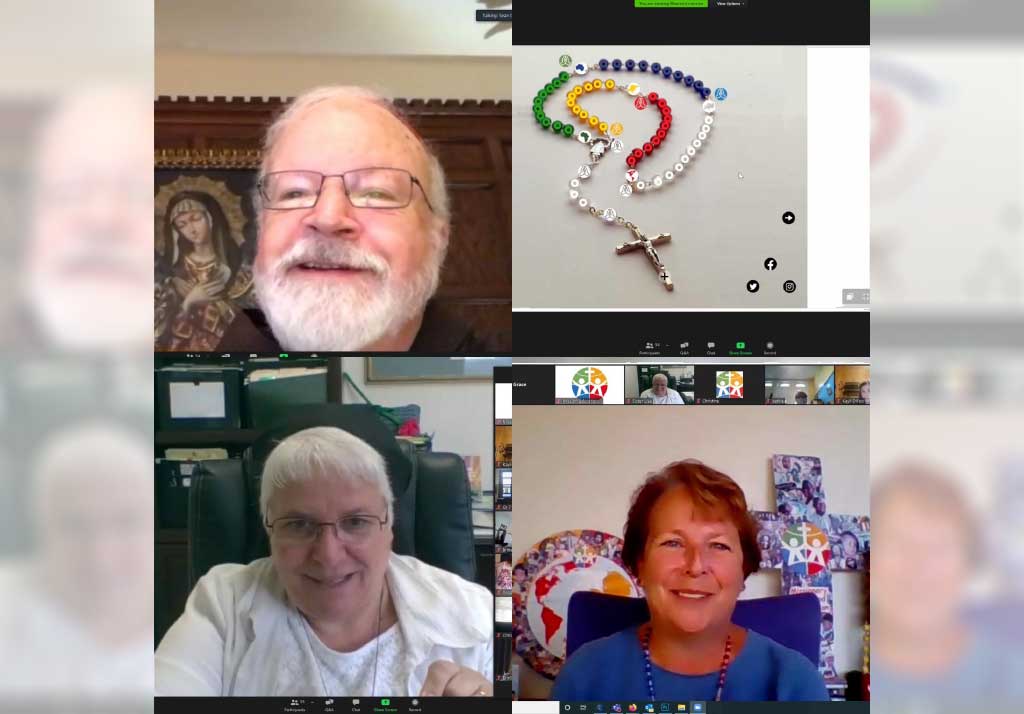 October is known in our Church as the Month of the Rosary. It is also Mission Month and it kicks off with a great day – the Feast of Saint Thérèse of Lisieux, Patroness of the Missions. Although she never left her convent, she prayed constantly for missionaries and the missions. She was also a regular correspondent with missionaries, helping them spiritually and emotionally as they ministered.

Her feast day was chosen by Cardinal Seán as the day for our annual Mission Education Day. This year over 300 Catholic school students, their teachers, and parish Faith Formation leaders joined us virtually.

We created a chaplet of the World Mission Rosary and prayed it for all the continents where missionaries are accompanying children on their faith journeys. Sister Lisa Valentini, MSC, led us in song and prayer as she reminded us that we are all called to be missionaries, no matter our age, or where God has placed us. She spoke movingly about what it is like for a missionary to have her own life interrupted by the pandemic – Sister was supposed to move to Angola to start a kindergarten in March!

Cardinal Seán joined us live from the Cathedral. He spoke about the need for all of us to pray and sacrifice for missionaries so that everyone can call Jesus their friend. The Cardinal was asked what inspired him to become a missionary. He said that it was not only the witness of visiting missionaries to his church for mission appeals and parish missions, but also his membership in what was then called the Holy Childhood Association that brought the stories of the missions to life for him as a boy. Of course, we now call this the Missionary Childhood Association – so we pray that some of our attendees will follow in Cardinal Seán’s footsteps!

As Cardinal Seán marks the 50th anniversary of his priesthood, we are very grateful to have him as our “chief missionary” here in the Archdiocese of Boston. His support of all our programs is vital to our work – including a video he made for The Propagation of the Faith recently for World Mission Sunday.

Which are you? Pray about it, then act!