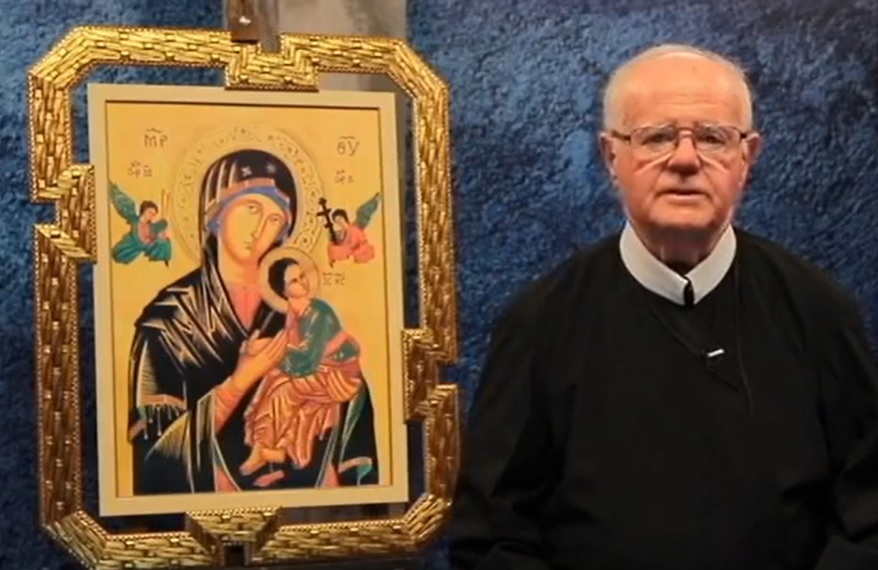 Regular readers may recall that we receive greetings from the missions during the holiday season. Whether by email, card, or text, missionaries on the receiving end of our donors’ generosity reach out with best wishes and thanks. Just last week, one arrived that stood out, not just because of its’ message, but because it had taken two months to reach us!

On November 21, 2020, Father Patrick McGillicuddy, a Redemptorist missionary in Brazil, penned his note, reflecting on what we have all been living with – the “new normal.”

Father Pat writes, “It’s difficult to believe that from the second week of March until a few weeks ago, we were not permitted to post letters to over a hundred countries due to the pandemic situation. It has been a very complicated time for everyone, most especially for the health professionals and those who were infected by COVID19 and their families. We pray for them as well as those who have died from the virus.

We have said so often during the past nine months, it’s a ‘new normal’ to which we have been introduced. The virus has forced us to rethink our attitudes, especially in relation to others. We have become more aware of those around us, whether we know them or not. What was perceived as important has taken a ‘back seat’ to our increased need to care for our world, our common home, as Pope Francis defines it, recognizing the importance of the poor and the marginalized. As we contemplate this ‘new normal’, we recall the parable of the Good Samaritan in which Jesus presents us with a marginalized person, the Samaritan, who recognizes someone suffering, shows compassion, and takes care of him. As the Church of Christ, the Lord, that is our vocation: to see the suffering around us, show compassion, and attend to those most in need.

So, the ‘new normal’ is really the correct way to live, the only way to live. It is in harmony with the Good News of Jesus Christ that calls us to build a world through fraternal love.”

We join Father Pat in prayer, during these special times, that we may all reflect on God’s love and mercy so that we may serve Him through care for our brothers and sisters most in need around the world.