Take a Tour of the World in Prayer 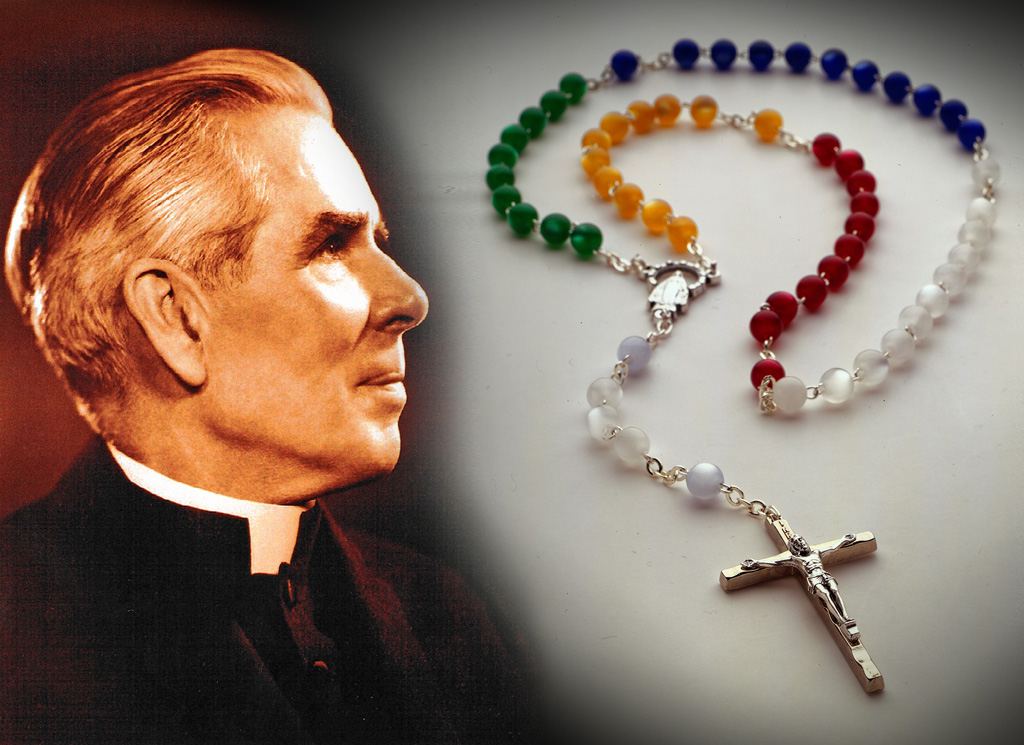 Seventy years ago, on February 11th, then-Bishop Fulton J. Sheen made an announcement on his radio show, The Catholic Hour, that encouraged millions to pray in a new way for the missionary work of the Church. Because of Sheen’s devotion to the Blessed Mother, he took a form of prayers that we’re all familiar with – the rosary - and tweaked it, to make it a visible sign of prayerful support for the missions.

By changing the colors of each decade to stand for one of the five populated continents where missionaries are accompanying people on their faith journeys, Sheen gave us a recognizable way to meditate on the missions, the people, and our own role in helping them achieve self-sufficiency.

In his announcement, Sheen spoke eloquently about the history of this “Crown of Roses” that began as a way for the average person to join more educated people who had access to Bibles in a ritual of prayer. Since there was yet to be a printing press, most people could not share in the daily prayers of the Church, the Breviary. The 150 Psalms of David became 150 Hail Marys with each decade broken up by an Our Father and the Doxology (Glory Be), all recited while meditating on various events in the life of Jesus.

It is said that Saint Dominic received a message from the Blessed Mother to popularize this message of prayer; it became what we know as the rosary.

Sheen rejected the complaint that the rosary is a monotonous and insincere way to pray, as one says the same words again and again. He once asked an engaged woman who espoused this idea how she knew her fiancé loved her. Her reply? “He said, I love you.” Sheen asked her, “But never before?” “He tells me every night,” she replied. “Do not believe him!” Sheen exclaimed. “He is repeating; he is insincere!”

And so, through the World Mission Rosary, Sheen gave us a new way to repeatedly tell the Holy Trinity and the Blessed Mother how much we love them. Each color reminds us of the part of the world for which we pray: green for Africa, red for The Americas, white for Europe, yellow for Asia, and blue for Oceania, the island countries of the Pacific. Sheen said, “When the Rosary is completed, one has circumnavigated the globe and embraced all continents, all peoples in prayer.”

Sheen saw the World Mission Rosary as a tool not only to “aid the Holy Father and his Society for the Propagation of the Faith by supplying practical support, as well as prayers for mission territories,” but also as a way to pray for peace in the world.

He said, “It all comes down to this: the world will change when we change. But we cannot change without prayer, and the power of the Rosary as prayer is beyond description.”

Please join us in praying for the missions, for our world and for peace. Pray the World Mission Rosary.