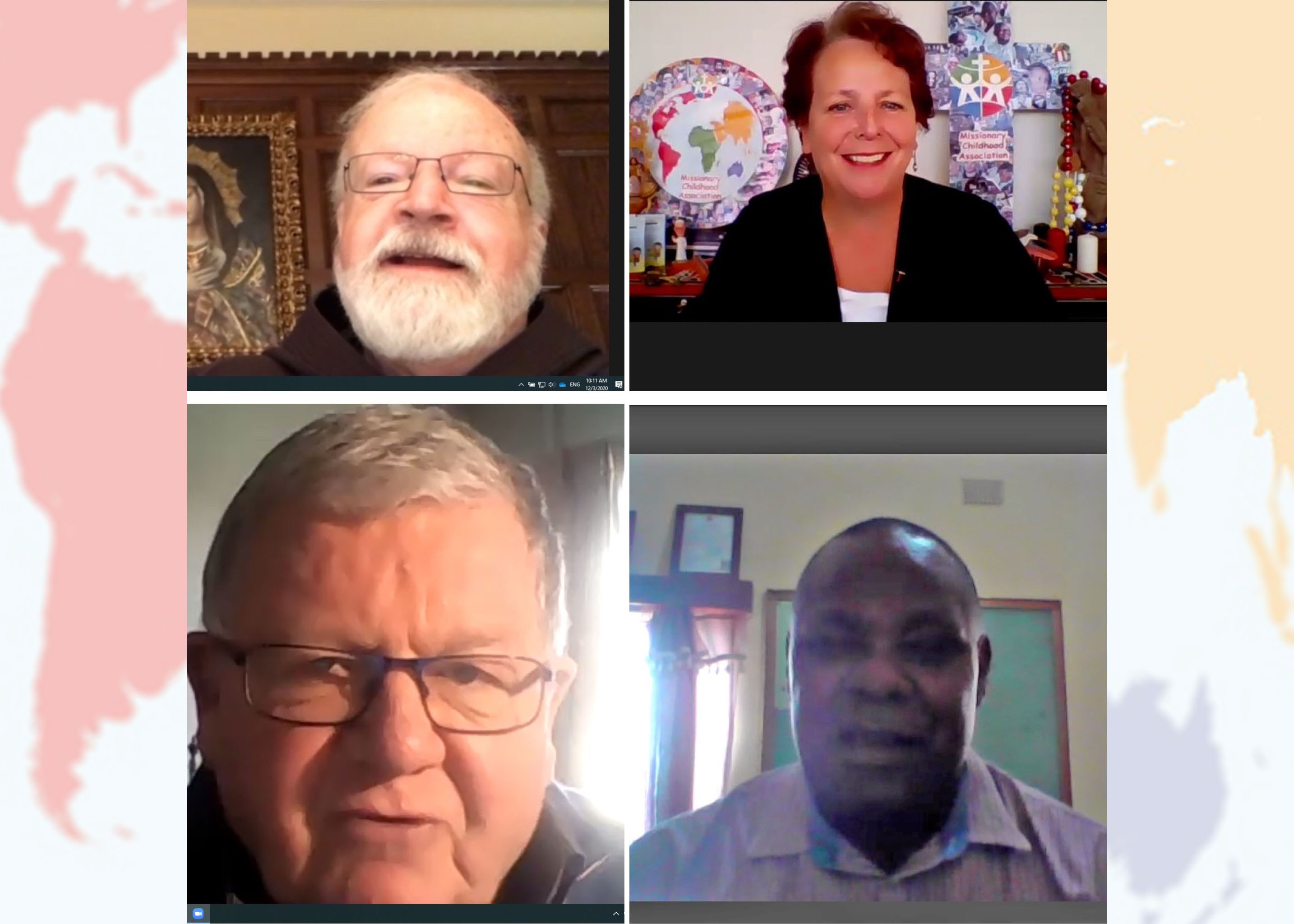 On the Feast of Saint Francis Xavier, Patron of the Missions, The Missionary Childhood Association (MCA) held our second Mission Education Day of 2020. In other years, these mission retreats are held in person at the Pastoral Center, limiting the number of students participating. Through the gift of technology, we had over 600 Catholic school students attended! Students learned about the importance of supporting young people in the missions through MCA. Pope Francis has called Missionary Childhood members his “young missionaries” because of the outreach they make possible.

As moderator of the morning, I was privileged to lead students in creating and praying a chaplet of the World Mission Rosary. We shared mission pictures of children from the various continents that the colorful Rosary represents as we prayed it, just as +Fulton Sheen intended when he began this devotion.

On Zoom from Zambia was Father Bernard Zulu, former National Mission Director for his country. Father explained how MCA brings education, health care, and faith formation to Zambian children. He also spoke about the gifts that his students give to Missionary Childhood – because they are Catholic, they, too, are learning to be “young missionaries” through the programs of MCA. They pray and sacrifice from what little they have so that other children in the world can know how much God loves them.

Father Patrick Byrne, SVD, spoke from Ireland next. Father Pat talked about his experience as the International Secretary General for MCA. Stationed at the Vatican, he travelled to the missions to be sure that the projects were being implemented properly. Father explained that all the sacrifices made by students around the world go into one fund, which is then split up to help the children who need it most. Recipients change each year.

Father Pat shared images and examples of his time spent in Sri Lanka and Ecuador, visiting orphanages, feeding programs, health clinics and school for the disabled, all funded by MCA.

Cardinal Seán joined us from the Cathedral and encouraged all students to become “young missionaries” through MCA. The cardinal told everyone that he had been an MCA member when he was a boy – it was called Holy Childhood then!

We hope many children will respond to Cardinal Seán’s invitation and become “young missionaries” - members of The Missionary Childhood Association. Use the coupon below to receive a World Mission Rosary, handmade by volunteers during this challenging time, and a mission bank of your own!