Society of St. Peter the Apostle

Each year in the missions, men who want to say a resounding “YES!” to God’s call to the priesthood are turned away because their local Church cannot afford to educate them. There is also a large shortage of funds to rebuild crumbling seminaries that were built when the seeds of the Gospel were originally planted – in many cases almost 150 years ago. The Society of St. Peter Apostle is helping to form the next generation of Church leaders by funding education, repairing structures, and financing on-going formation for teachers.

The dream of founders Jeanne and Stephanie Bigard of a local clergy ministering to their own people is within our reach with your help! 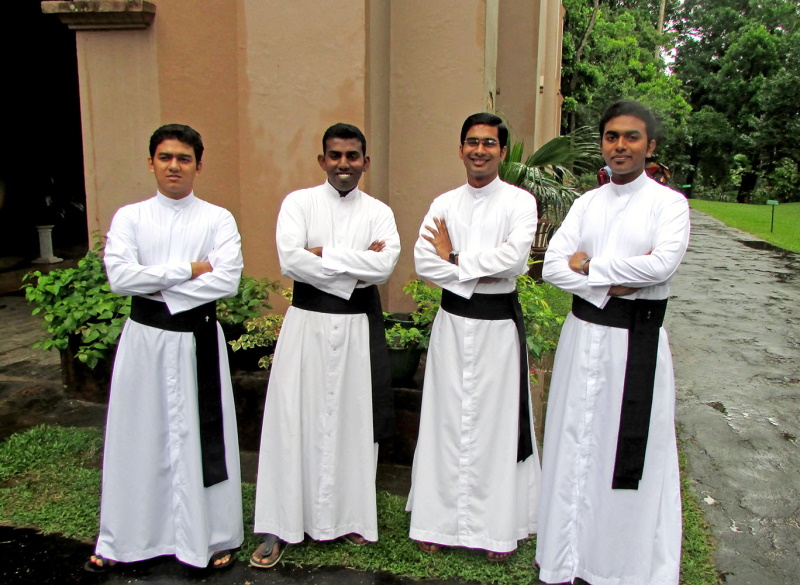 They call themselves ‘brothers’ though they were raised in different parts of Sri Lanka. From city and seashore, peaceful and war-torn areas, their upbringings could not be more different. Their common bond is their deep love of God and their desire to serve Him as priests.

They will spend ten years together in the seminary before being ordained to serve the faithful and be visible to our faith in a country whose population is less than 6% Catholic.

Another commonality is their dependence on YOU – the benefactors of The Society of St. Peter Apostle – to achieve their goal of becoming one of their country’s local clergy. 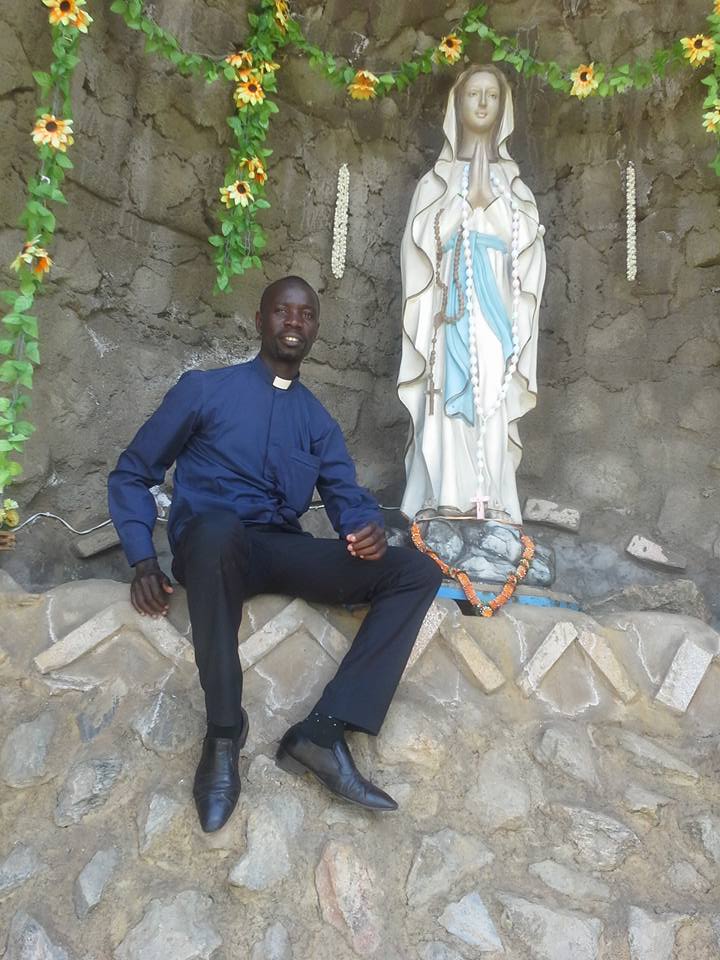 When Peter Chiopsa was a little boy in rural Malawi, he felt the call early to serve God as a priest. Because his father had dies when Peter was only five, his mother had moved him and his five siblings to the city where she sold used clothing to get by.

Peter’s only hope to enter the seminary was to attend a Catholic High Schools in preparation. He cobbled together funds from friends and family but just before a new semester stared, Peter found himself $58 short of the needed fees. A kind stranger saved him with a gift of the funds.

When Peter applied to the seminary, he was stunned to find out that The Society of St. Peter Apostle would provide the school with a yearly stipend of $700 to educate him – that’s $58 a month.

Can YOU be a “kind stranger” and help save another vocation in the missions? 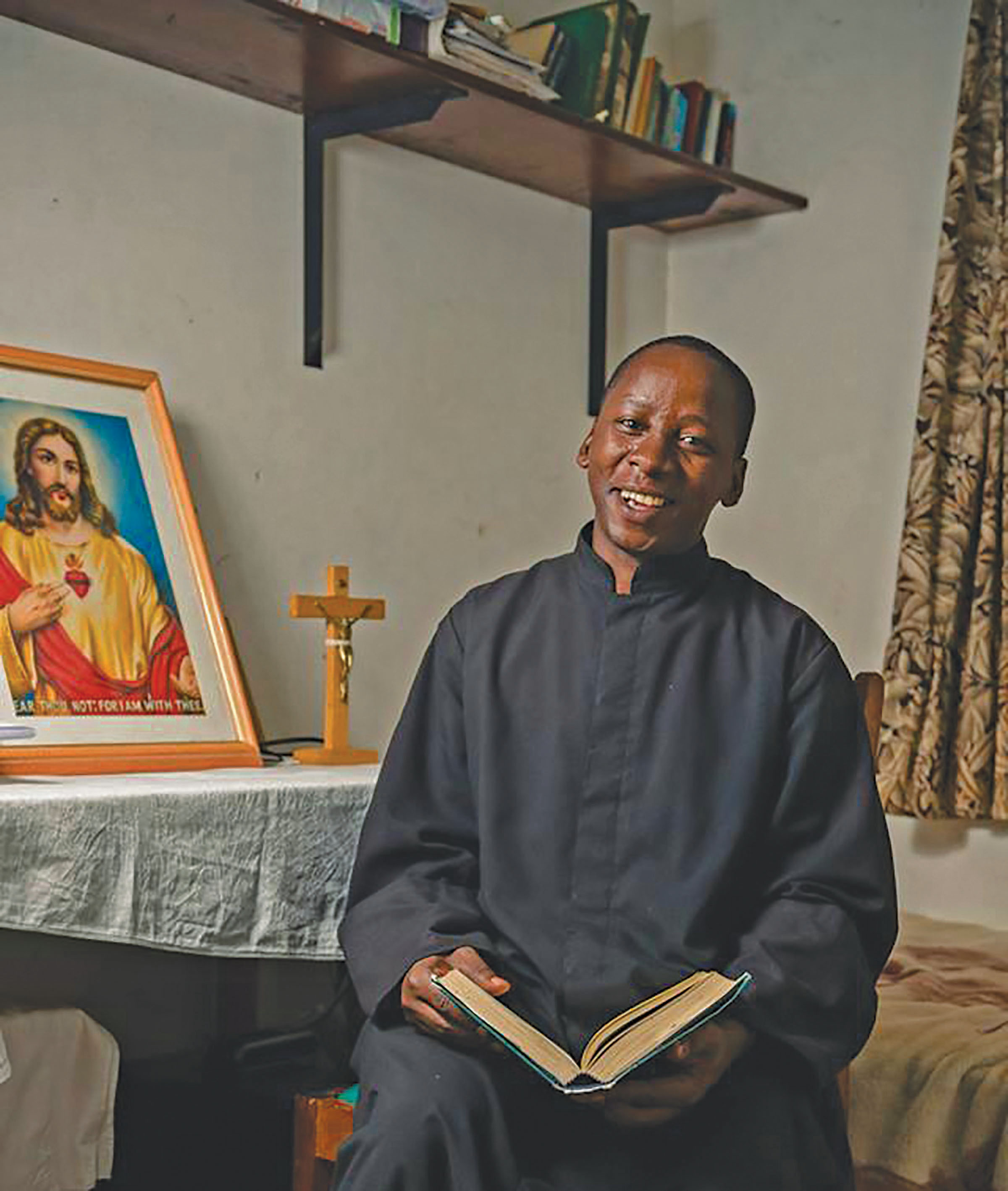 When Anatole Kwambadde was accepted to Saint Mbaaga Seminary for delayed vocations in Uganda, he knew he was one of the lucky ones. The seminary was full beyond capacity and sadly turning men away due to limited room and financial resources. The buildings were almost 100 years old and had been closed for a time. The elements had taken their toll.

Three hundred men lived in facilities meant to house sixty. According to Father Joseph, Rector of the school, fifteen men live in what was once his office. Thirteen more share the Dean of Students’ former office while another seven live in what used to be the bookstore. To say they are experts at making do is an understatement!

Thanks to help from The Society for St. Peter Apostle, construction was started on a new “Holy Cross Hall” which is meant to have 65 more rooms for students and 5 for teachers along with a multi-purpose room. With the grace of God and YOUR help, Anatole and his classmates will be ordained in relative comfort. They still must grow most of their own food!

Can you be like the Bigards and recruit others to help educate future priests in the missions?